Tudors Who Go BOO In the Night - Ghosties and Booger Men

This week, that stronghold of all that is true and correct in the English newspaper business, the Daily Mail, published a story about a photo that purports to *show* Catherine Howard's ghostie.
Use the link below if you'd like to view the article.
Thank you, Daily Mail.
We forgive you for the inaccuracies.
:-)

Here are the stories told of their royal ethereal appearances.

In late October of 1541, Henry VIII's advisers were in the know about the king's wife's screwing around.

The king adored his wife.
The king was known to be a little impetuous and could go full ham on anybody, at any moment, no matter who they were or how loyal to their king.
No one - and by that, I mean NO ONE - wanted to break the news to the one man most affected by it.
Finally, a letter outlining the evidence against the king's Mrs. was left for Henry VIII where he sat while at prayer.
The king, who couldn't get enough of what was up inside his pretty little teen wife's skirt, was destroyed.
He demanded proof of the charges; but in the meanwhile, he had his pretty little teen wife detained in her apartment at Hampton Court Palace.
Legend has it the teen queen freaked the fuck out and, confident she could talk the king out of the mess she was in, she busted out of her rooms and bolted down a hallway crying and calling for Henry VIII.
He either didn't hear her or ignored her; instead, his jack-booted thugs on security detail hauled her back to her rooms and that was that - the king never saw her (again) and after a brief stint of Tower time, she was beheaded.

Except Catherine Howard left behind a little Easter egg.
Her terror-filled dash down the hallway towards Henry VIII and subsequent frog-march back to her apartment was so charged with all that super-strong teen-aged girl feeling that she seems to have left an impression on the hallway.
That impression repeats, over and over, a moment in time captured in the place between this world and hers.
Creepy, yes, but not a haunting in the strictest sense of the word.

Next up: Anne Boleyn. 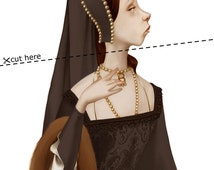 Anne Boleyn went out with dignity; it wasn't a surprise to her. She's not one of the "bless her heart, she doesn't know she's dead" ghosts.
Anne Boleyn was prepared to die.
The surprise for her was only that she didn't see it coming because her executioner distracted her.
Stories abound; of Anne Boleyn walking about with her head tucked under her arm (really?) or that the ghost of her father drives a team of headless ghost horses around Blickling Hall, or that at Hever Castle Anne Boleyn's ghost walks across a bridge 'every Christmas eve'

She's Anne Boleyn, not one of Santa's elves.
Leave her alone in her arrow box under the floor at the Chapel of St. Peter ad Vincula; she's asleep.

When newborn baby hit the Day Three mark, that was when infected Mom got a headache and chills.

New Mom sweated through her nightie, her bedding, everything - she was thirsty, her abdomen became distended and swollen and her fever shot ever higher.

Eventually, new Mom died - with smelly infection gunk leaking out of her and absolutely out of her mind with agony and fever.
Jane Seymour's ghost (all white, natch, and carrying a 'lighted taper') has been seen floating down a staircase and then across a courtyard.
Next the ghost heads towards the rooms that housed her little son.

After all the pain and bullshit poor Jane Seymour went through, I prefer to think she's a happy ghost, excited to see her little son, to count his fingers and toes and kiss his little baby-smelling head.

Elizabeth I's ghost has been seen at Windsor Castle in the royal library, and by members of the royal family at that.

The clickety-clop of sixteenth-century high heels on the floorboards is her calling card; next, the queen's ghost vamps its way past the shelves of books and goes to (through?) an inner room.
Prior to being converted to the royal library, that same space had a different purpose: royal gymnasium (not really; but it *did* serve as a gallery in which the queen took exercise indoors during periods of lousy weather.)


"Elizabeth I (r.1558-1603) Many parts of the Castle
were in need of repair and an extensive campaign of work was undertaken in the 1570s. The timber terrace (today the North Terrace),was entirely renewed in stone, and a long gallery was built
to provide the Queen with a place to walk during in
clement weather – this was incorporated
into the Royal Library during the 19th century. *"
The queen did like to maintain a trim figure, and old habits die hard.
Perhaps unsettling to see a sixteenth-century queen drifting through one's royal library; a reminder that the monarch has Windsor Castle on loan from allll of those relatives.

Henry VIII's ghost stumps around the Castle as well, moaning and generally bitching about his ulcerated leg; no actual words have been heard, but over the moans, the ghostly footsteps have a pronounced limping sound.

Back to Hampton Court Palace.
Sybil Penn, who served as nurse to Prince Edward when he was a tot, lived at Hampton Court Palace.
A 'faithful as a bird dog' type, she served four generations of Tudors.
(More about her here: http://www.hrp.org.uk/discover-the-palaces/ghost-stories/sybil-penn/ )
In 1562, when Elizabeth I came down with smallpox and all of her counselors were shitting themselves 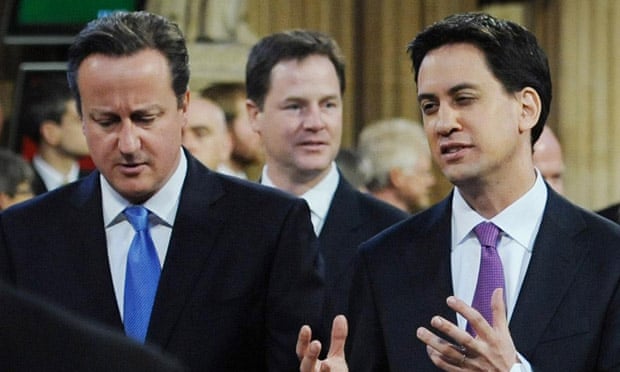 not knowing what the hell to do if she died, faithful Dame Sybil Penn nursed the young queen back to health.
Yay!
Then the disease turned on her; Dame Sybil caught the smallpox and it killed her.
Talk about taking a bullet from your boss.

The legend goes: she was planted, originally, in a church nearby with a terrifically blinged-out tomb (Elizabeth I knew a thing or two about gratitude) where Dame Sybil quietly dirt-napped for centuries.

Then - around 1829 or so, the church was pulled down; her grave disturbed, Dame Sybil herself moved . . . right back into Hampton Court Palace where she gained a reputation for haunting the Clock Court as well as other places where her former royal charges had lived.

There's a story about people hearing the sound of a spinning wheel coming from the walls; when work was done on Hampton Court Palace and a hidden room revealed, BLAM! they found in the room. . .

So there you have it; the Tudors who left their emotional imprint, or a habit they'd had their whole life, on an endless loop, playing out on the grounds of the castles and palaces where they'd lived. As to the veracity of any or all of the above stories, I can attest to knowing one person who actually experienced feeling the icy chill commonly felt when a ghost is present, as the entity drains heat energy from the room in order to attempt manifestation.
The incident happened at Hampton Court Palace in the 'Haunted Gallery' made famous by Catherine ("Screechy") Howard.
The person is an *actual* historian (unlike me, lol) with degrees and letters after their name and many books to their credit; a person who absolutely doesn't make up tales, and further, would have no reason to do so.