Any age is a tough age to lose one's parent to death.
The early teen-aged years may well rank as the toughest time of all to mourn a parent; no longer a child, and not yet fully adult - so not yet capable of compartmentalizing the event and moving on.

When Elizabeth was fourteen, she and her nine-year-old half-brother, Edward, received the news that their father was dead.
The siblings, according to accounts, hugged one another and cried.
Both were, at that point, orphans - Elizabeth's mother having died at sword-stroke within the walls of the Tower of London, and Edward's mother died shortly after his birth of suspected infection following childbirth. 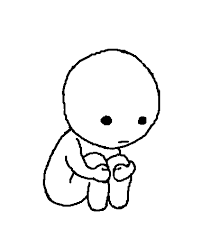 Almost immediately, Elizabeth's little half-brother had to prepare to take over as king; basically a fourth-grade aged kid running the country.
And at that age you thought the lunchroom at school was daunting!
Elizabeth, unlike their half-sister Mary, was firmly Protestant in her beliefs, and that cemented the relationship with her half-brother, the new king.

An appropriate home for the newly-orphaned Elizabeth was deemed to be with her step-mother and Dowager Queen Catherine Parr.
As Catherine Parr had shown a loving interest in all of the step-children that came to her with her marriage to Henry VIII, Elizabeth was in the best possible place in which to live. . .
Or so one might think . . .

Enter: Thomas Seymour - the Dowager Queen's love interest, and uncle to Edward VI.
Thomas Seymour proved to be very instructional to the young Elizabeth, although in a "horrible warning" versus "good example" kind of way.
Thomas Seymour was self-serving, a user of anyone socially inferior to him (women and children) and an all-around cad and opportunist.
His boundaries were nonexistent; he insisted on marrying Catherine Parr in a secret ceremony an indecently short time after Henry VIII died.
Catherine Parr, charmed by Seymour for whome she'd had sneakers since before marrying Henry VIII, had an audience with little Edward VI in which she made a case for the marriage; the boy king, reassured that this marriage (step-mother to maternal uncle) was in no way intended to be disrespectful to the memory of Henry VIII, accepted the marriage.
Still - and perhaps chillingly - Edward VI noted the Lord Protector 'was much displeased.'

Perhaps the Lord Protector, who not-coincidentally happened to be Edward VI's other maternal uncle, Edward Seymour - brother to Thomas - knew the character of Thomas Seymour best of all.
Perhaps the gossip that surfaced shortly after the secret marriage to the Dowager Queen about Thomas Seymour's preying on young Elizabeth came as no surprise to the Lord Protector.
Perhaps Catherine Parr should have kept a cooler head about her passion for her new husband, and learned more about his proclivity for very young girls before marrying the bum.

While Elizabeth was perfectly happy to study under the excellent tutors provided by Catherine Parr, the situation became . . . icky . . . when the girl realized her step-mother's new husband liked to tease in the way that gives any child the 'cold pricklies.'
Until Elizabeth's governess gave Seymour a series of sharp-tongued lectures, Seymour famously woke young Elizabeth up in the morning by yanking away her bed linens, exposing her not-dressed body.
What. A. Pig. 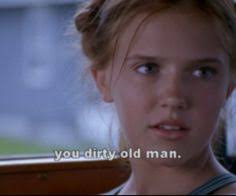 Not sure what to do, and assuming her new husband meant no hard, Catherine Parr joined in the 'fun' as though it were a normal activity.

The day Seymour tried to kiss Elizabeth in her bed, her governess sent him away by shaming him.
The guy was, however, beyond being shamed.
When the cobbled-together family moved to a new home, Elizabeth got up early and got her clothes on before he could start up his filthy games again.
That shows Elizabeth, in her immature way, understood Seymour was assaulting her dignity as well as her developing body.
When she heard him coming into her room, she'd hide with her maids behind the curtains of her bed; he upped the ante by then showing up in his nightgown and slippers.
What. A. Pig.
Elizabeth also upped the ante by being up, dressed, and already doing her lessons for the day by the time Seymour showed up.

Catherine Parr, by then pregnant and no longer inclined to stand by while her turd of a husband lusted after her step-daughter, either *actually* (doubtful) saw, or invented that she'd seen, Elizabeth with her arms around a man.
Catherine Parr shared that with Elizabeth's governess who of course went straight to Elizabeth, demanding answers.
Elizabeth denied any man excepting her tutor was ever near her.
Her governess wondered if the Dowager Queen was jealous of Elizabeth and had invented the story as a means of sending the girl away; no matter - the gossip surrounding the behavior of Thomas Seymour towards Elizabeth was doing its poisonous damage to her reputation.
Way to blame the victim, folks. 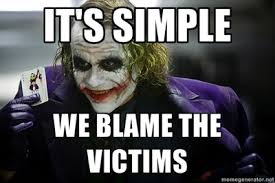 Finally realizing if her husband deflowered Elizabeth, the repercussions would be huge and inescapable, Catherine Parr sent Elizabeth away for the good of all.
Elizabeth learned a valuable lesson or two: one's reputation was everything and men were not to be trusted even for fun and games.

Catherine Parr gave birth to a baby girl and died shortly afterwards.
Seymour eventually was executed for trying to kidnap his nephew, the king.
Edward VI, dealing with stress levels way above what any kid should have to tolerate, lived just five short years after his ascension.
When he died at age fifteen, he left the throne not to his Roman Catholic half-sister Mary (as Henry VIII had planned) but to a Protestant cousin, Lady Jane Grey.
Mary called B.S. on that and gathered an impressive number of troops, then rode towards London to claim *her* throne.
Elizabeth rode right next to Mary.

Parliament voted in favour of Mary taking the throne.
She was anointed Mary I.
Then she got busy un-doing all the changes to religion in England that had been done by her father and her half-brother.
Protestants?
Burn 'em.
Half-sister named in a plot to overthrow Mary I?
Throw half-sister Elizabeth into the Tower of London.

Elizabeth, who learned in 1554 she'd been named in a plot (Wyatt's Rebellion) to put her on her half-sister's throne when she was told to pack her little things and get ready for a trip on the Thames to the Tower, balked.

She took her time writing a response to Mary I, reminded her half-sister she'd promised never to prosecute without evidence and due process of law, and by writing so

the tide went out and her captors had to wait for it to come back in to transport the savvy Elizabeth to the Tower.
(After she'd run out of words, there was still space left on the page, so she cross-hatched it to prevent anyone adding to her letter. How smart was that?!)
She did end up in the Tower, regardless - but

from that event, Elizabeth learned the power of withholding action, waiting and watching and buying time.

Mary I had disastrously married Phillip of Spain - the English people mistrusted foreigners, and Spanish foreigners in particular.
Although Mary I did her best to produce an heir, it never came to be - phantom pregnancies were most likely symptoms of cancer.
Mary I died just five years into her reign.
Although she'd shown Elizabeth nothing but distrust during her reign, she also had scruples enough to not go back on her word; without hard evidence, Mary I never ordered the execution of her half-sister - which she could have easily done.